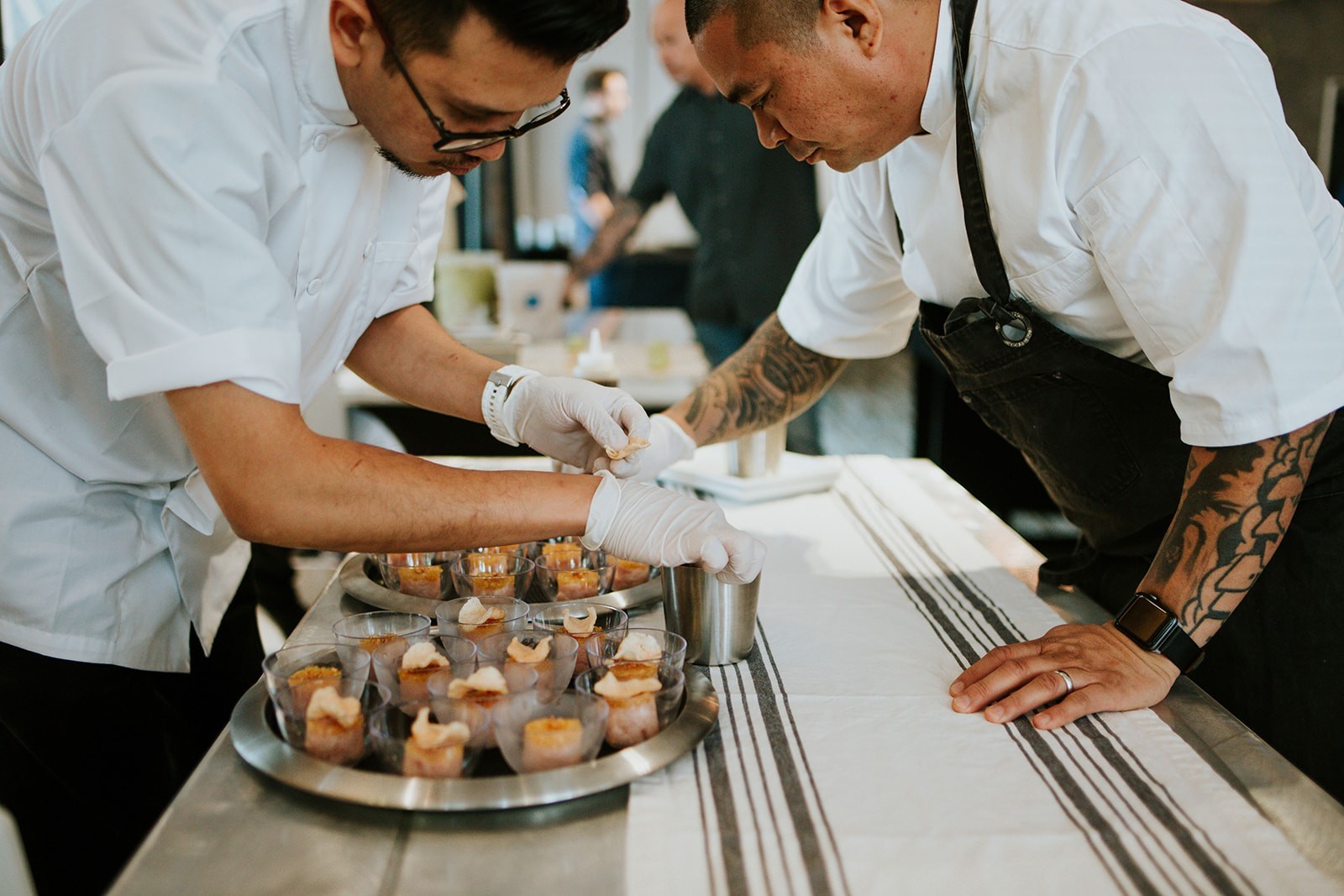 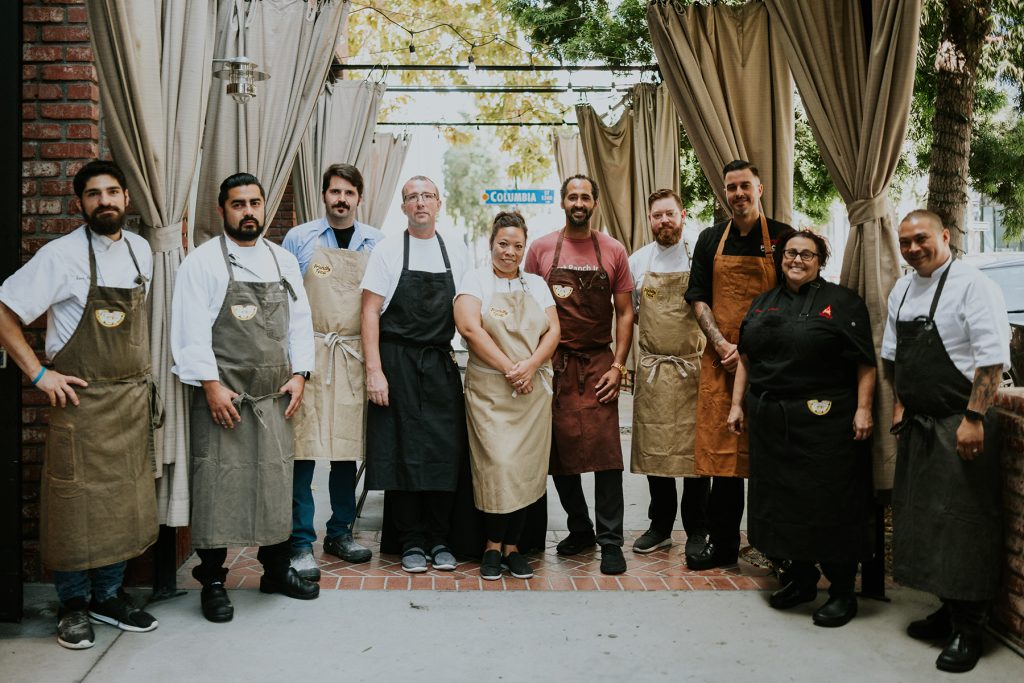 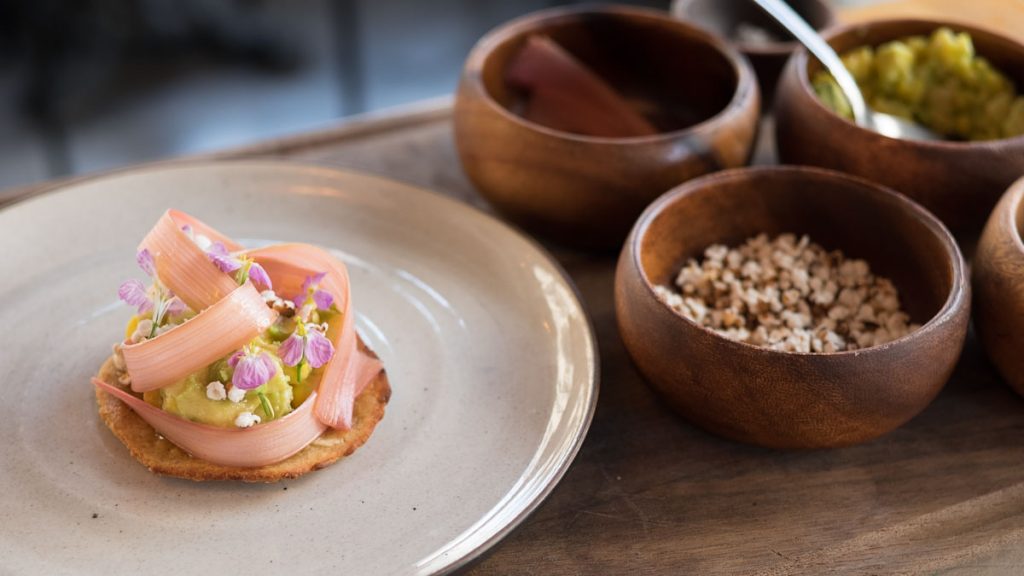 Chef Christopher Osborne of BIGA won the people’s choice award for his dazzling Late Summer Salad on Tuscan Lavash, the first bite of the event (and only plant-based course). His prize was a stylish and functional cutting board donated by Aurora Boards. Chefs Marco Maestoso and Matt Lyons (of Maestoso and Tribute Pizza, respectively) were the runners up.

Proceeds from the event helped Feeding San Diego provide over 4,000 nourishing meals to locals in need. Take a look at the event menu and photo gallery below. 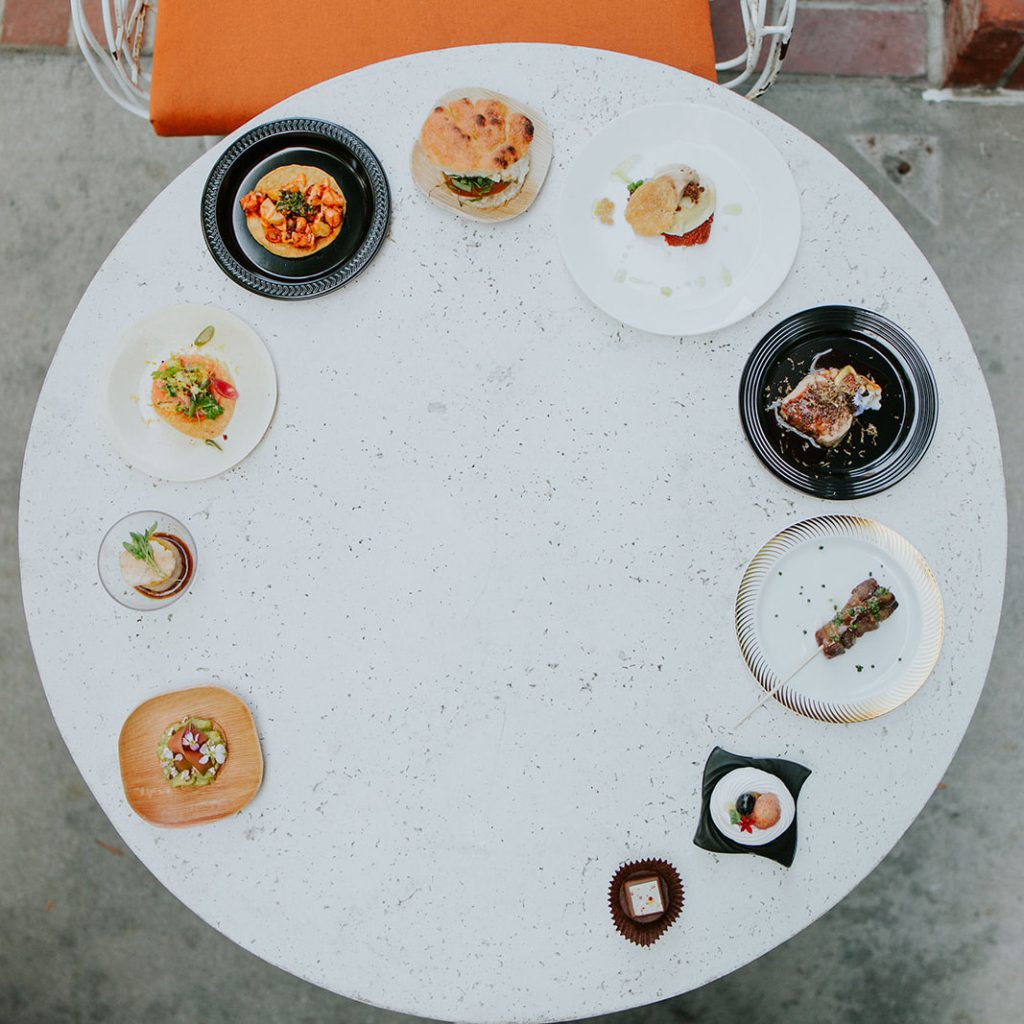 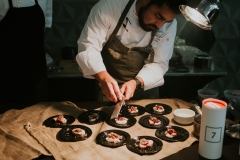 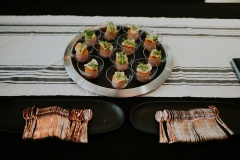 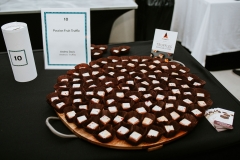 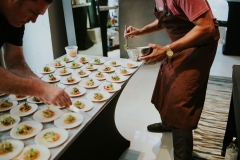 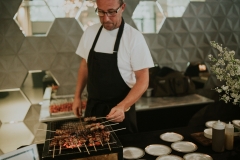 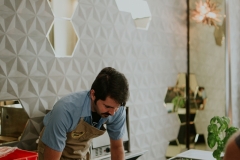 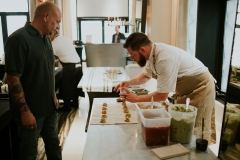 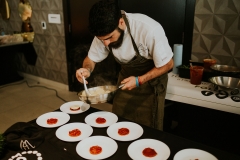 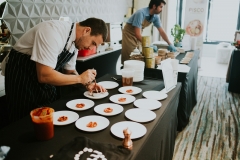 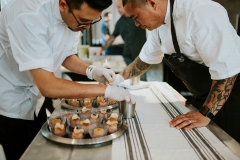 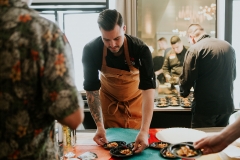 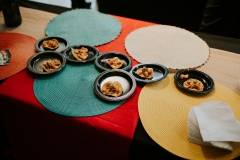 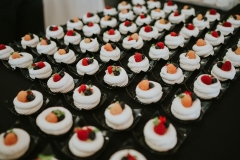 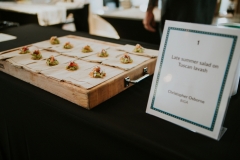 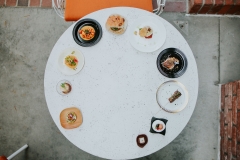 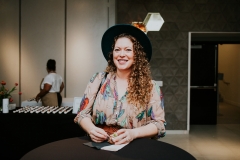 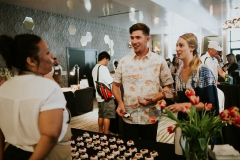 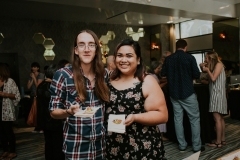 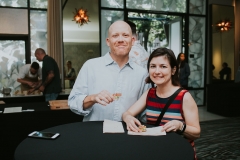 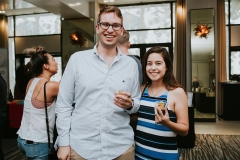 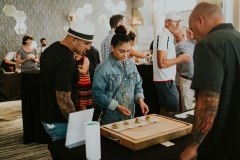 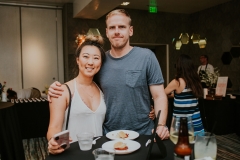 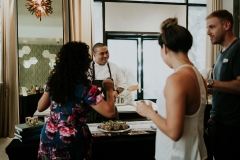 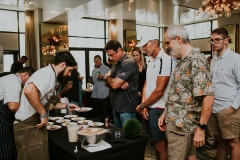